Skip to content
Last weekend, I finished a huge project I had embarked on several weeks prior: re-upholstering the chaise lounge!  It was a HUMONGOUS project (I’m sorta glad it’s finished), but it was very well worth the effort!
I didn’t take any “before” pictures, unfortunately, but lots of “during” pics are available!  I bought the chaise from Craigslist for $25- that was 3 years ago.  I could see it had good “bones,” and that some day it would be pretty with a makeover!  It started off with red material, but after years of sun exposure, it had faded to a dark pink color.  It also had a tassel border, which had also faded to a hot pink color.  Apparently, the previous owner also had cats, who clawed straight down one side of the chaise lounge, ripping the fabric along the way.  Oh, and those sweet darling cats had puked and peed in places that didn’t seem possible- like the underside of the chaise lounge…I’m not really sure how that happened…
This is me beginning the project- I’ve got the chaise de-constructed and that awful tassel ripped out. 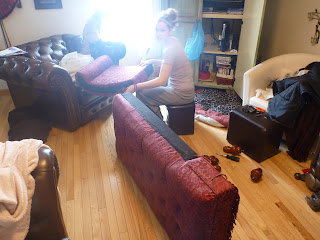 A bit blurry, but you can see the original material/construction. 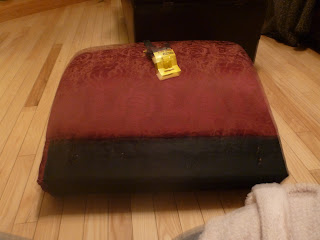 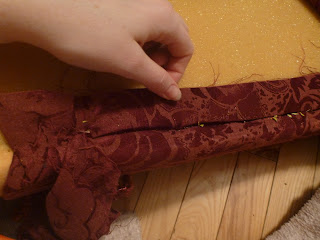 Upholsterers use a “Tacking Strip” to make clean edges without sewing machines.  Here’s a picture of the strip in its original use. 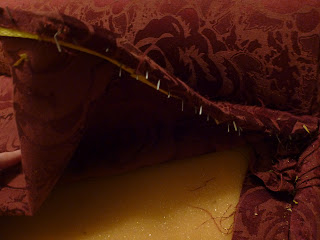 There were approximately 1 MILLION staples in this chaise lounge- popping every single one of them out took so much time- days and days and days on end of popping out staples.  The wooden frame wasn’t made of the all the same wood, either, so some of the wood was very very hard- it was difficult to get the staples out of that wood.  My hands hurt, my wrists hurt, my forarms hurt, and my back hurt. 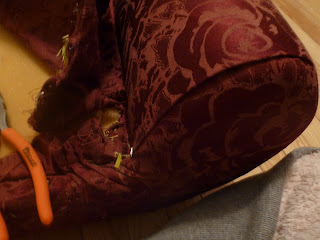 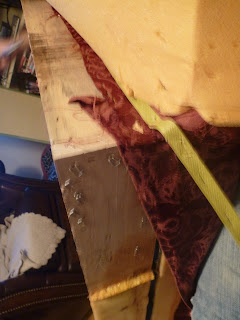 Hubby was super helpful- the job went much faster when he was there to help out- and I so very much appreciated his effort! 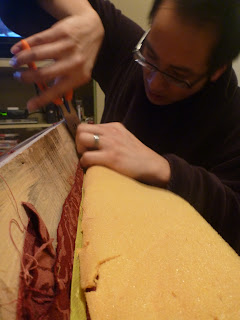 Here it is: the original frame.  We did it! 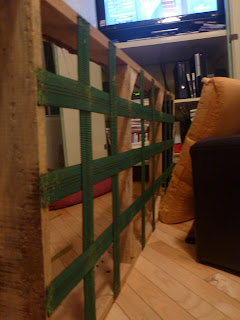 And here is the covering process.  What isn’t pictured is the placement of the foam padding and wrapping of all of the padding in batting. 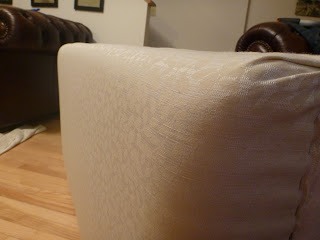 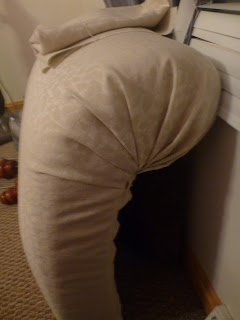 I love that fabric! This is after I applied the tacking strip to the back to make that clean seam- lookin good! These are the tacking strips! 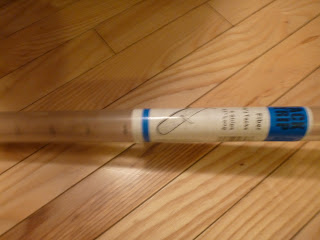 This is the seat portion of the project: the top is covered and stapled, the sides have been covered, stapled, and tacked at the seams. 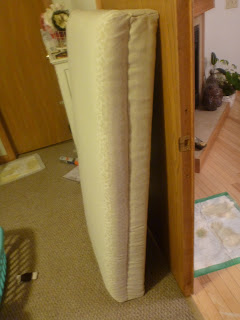 I love this fabric.  I wanted the look of a french linen- and this had that look, plus it was given slightly more formality with the leafed pattern along it.  It was expensive, yes, but worth it! 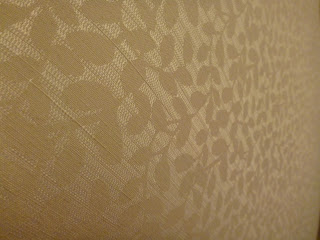 I painted the legs of the chaise.  Now that the tassel had been removed, the legs were going to show, so I figured they had better look decent!  I painted them white, and then antiqued them with antiquing glaze.  Yes, it was snowy. 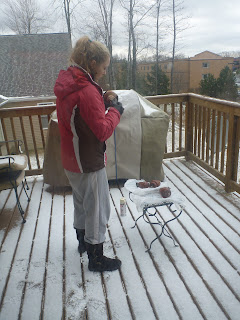 While the paint dried, I made the buttons.  17 in all.  I had mistakenly bought two different sizes of button kits, but I made it work. 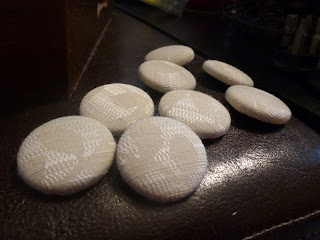 First, you start by cutting out the pattern of the button: 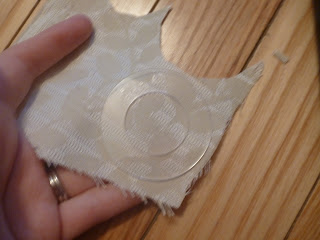 Once it’s cut out, you use the button maker to press the fabric over the button cover. 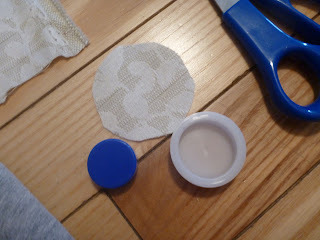 Between these 2 photos, lots of progress happened.  I tufted the seat, and nailed nailhead trim around the edges.  In the next picture, we were putting the chaise back together. 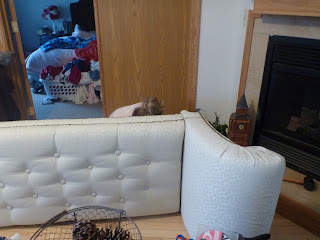 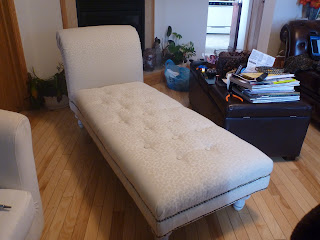 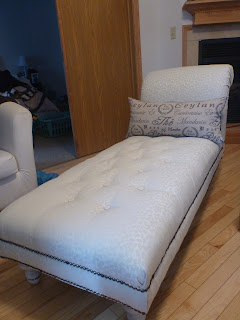 Close-up of the nailhead trim: 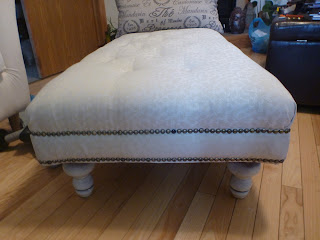 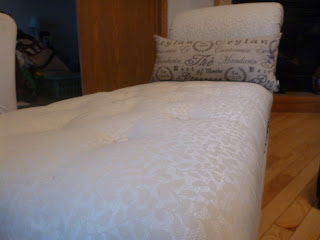 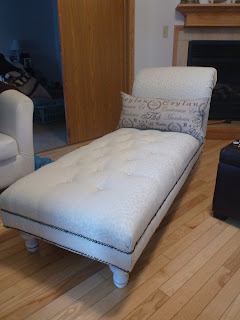 See the sides?  I like the way the nail head trim cinched down the sides. 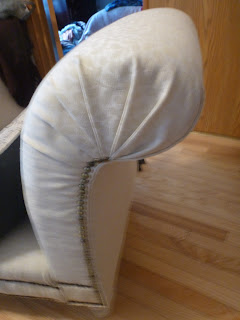 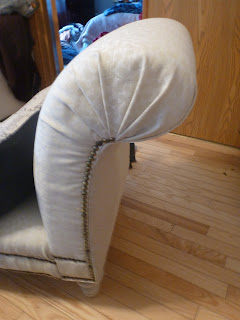 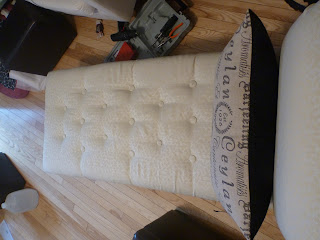 All done!!  I think it turned out pretty well- I am so excited to have this pretty piece!

1 thought on “The Chaise”