After the tragedy in Florida, I see + hear a lot of other words: soapboxes, dialogue, love, hate, anger, bullying, acceptance, and rejection.  I see people not necessarily speaking to each other, so much as writing strongly worded diatribe on social media, hiding behind their screens, not actually hearing each other- just wanting to make their point.  As Simon & Garfunkel said, “People talking without speaking, people hearing without listening.”

What I also see is that my voice is not the one that needs to be heard right now- though there are many voices that do need to be heard.

So I listen, I ponder, I consider…before I decide how to speak.  For now, a moment of silence from me means that I could use this platform to lift up another voice, someone I believe needs to be heard.

This incredible young woman, Emma Gonzalez, represents a new generation- who is fed up with the shootings. You may not agree with her, but her voice deserves to be heard, by virtue of what she has survived.  After all, she is from a generation different from many of us: she grew up practicing “active shooter” drills at school, wondered if her classmates might someday cause harm, and now grappling with the reality that her classmate did kill.  Her reality is different from many of ours, her voice (and the voices of her classmates) should be louder than any others.  And we, as the responsible adults (theoretically) in this situation, should be listening- really listening, displaying maturity and kindness, realizing that these young adults have already withstood more carnage than many of us may in a lifetime.  Though they are young, this kind of experience changes people; ask anyone of our Veterans, ask physicians, ask those in war-torn parts of the world, those who have lost a son or daughter (and many others).  Senseless death and destruction (and witnessing such) will change someone for the rest of their lives.

So, let’s take a breath.  I think we all agree that there should be no more school shootings.  We don’t reach solutions by screaming at each other and tearing each others’ eyes out. But something must change. We cannot expect different results if we change nothing, after all: nothing in life works this way.

Here is Emma’s speech.  She is passionate (of course), and I believe she deserves to be heard (whether you agree or not), because she stands where many of us have not: she is a survivor.

The other words I find particularly poignant at this time are the lyrics from Simon & Garfunkel’s prophetic song, The Sounds of Silence, the relevancy of which cannot be denied:

[Verse 1]
Hello darkness, my old friend
I’ve come to talk with you again
Because a vision softly creeping
Left its seeds while I was sleeping
And the vision that was planted in my brain
Still remains
Within the sound of silence

[Verse 3]
And in the naked light I saw
Ten thousand people, maybe more
People talking without speaking
People hearing without listening
People writing songs that voices never share
And no one dared
Disturb the sound of silence

[Verse 4]
“Fools”, said I, “You do not know
Silence like a cancer grows
Hear my words that I might teach you
Take my arms that I might reach you”
But my words, like silent raindrops fell
And echoed in the wells of silence

[Verse 5]
And the people bowed and prayed
To the neon god they made
And the sign flashed out its warning
In the words that it was forming
And the sign said:
“The words of the prophets are
Written on the subway walls
And tenement halls
And whispered in the sound of silence.” 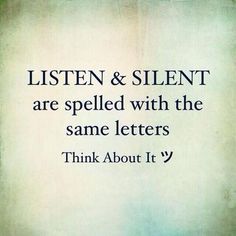 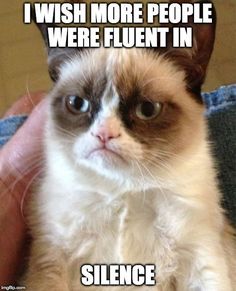 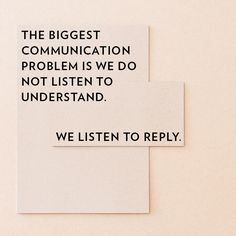 Let’s listen, hear each other, and find the ways we can make change together.